UNIGEM: STUDENT ACTIVITY AT THE UNIVERSITY OF BANJA LUKA

Home UNIGEM: STUDENT ACTIVITY AT THE UNIVERSITY OF BANJA LUKA 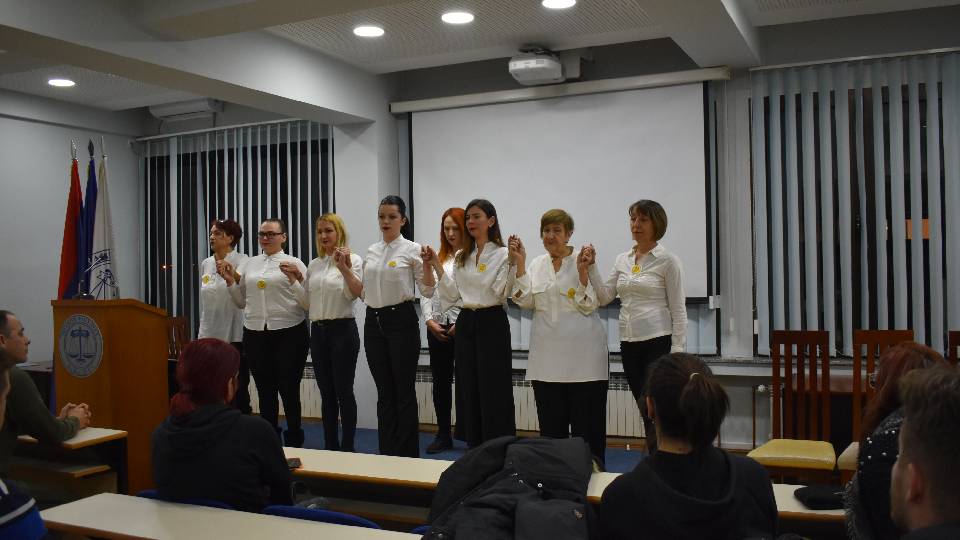 UNIGEM: STUDENT ACTIVITY AT THE UNIVERSITY OF BANJA LUKA

Activity 1 is the production of a short video on violence against women. The film included information on the types of violence, the rate of violence in BiH, ways of prevention, the testimony of anonymous victims and the reasons why violence was not reported in a large number of cases. The film was directed and participated in by members of the Student Organization Faculty of Law University of Banja Luka.

Activity 2 is a course of self-defense in case of an attack by a bully. The activity consisted of a short theoretical introduction on the topic of self-defense as well as a practical part.

Activity 3 is a play / performance “Transfiguration” performed by representatives of the Foundation “United Women” Banja Luka. The representatives are also victims of violence who in this way tried to show the participants what violence is, how they fought against it, how they felt and in the end how they coped with the perpetrator. The performance was followed by an open discussion where participants asked questions and exchanged views on this social problem.

The main goal of the workshop was to raise the awareness of young people about the importance of this issue and to present violence against women as a social problem, not an individual problem.