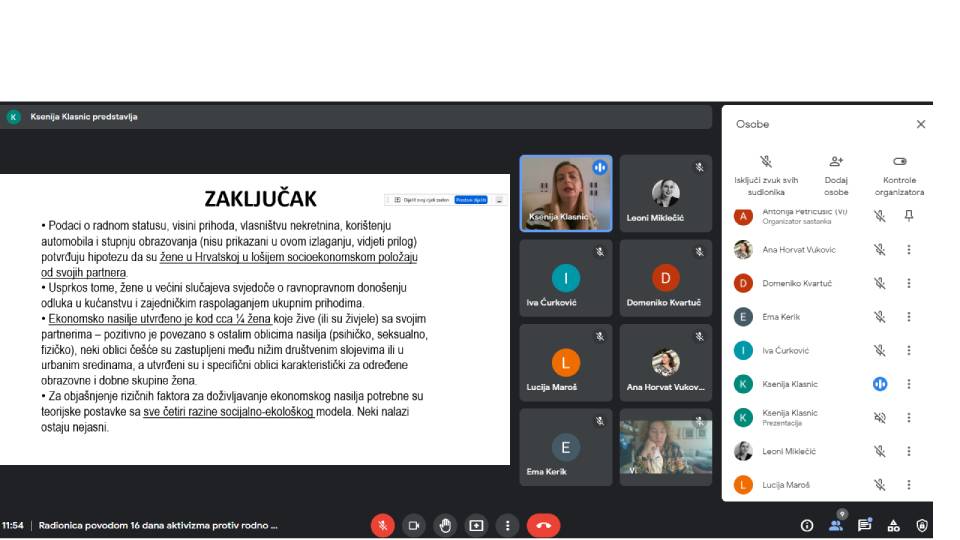 There are different forms of gender-based violence: physical, psychological, sexual and economic violence. It is estimated that every third woman in the world suffers some form of violence, often from a person close to her, most often a partner. Such behaviors constitute not only violations of the rights of abused women, but a misdemeanor and a criminal offense. The phenomenon of economic violence against women by their intimate partners is one of the least researched forms of violence against women in the family, but also in intimate relationships in general. The second Workshop for students of the Faculty of Law, University of Zagreb, as part of the preparations for the campaign “16 days of activism against gender-based violence” on November 23, 2021, was held by doc.dr.sc. Ksenija Klasnić on the topic “Economic domestic violence against women: a silent phenomenon”.

In this lecture, the students got acquainted with the concept of economic violence, its manifestations and the consequences and risk factors for its occurrence. The lecture presented the results of research on violence against women in Croatia, with special emphasis on the results related to economic violence.