UNIGEM: STUDENT ACTIVITIES AT THE UNIVERSITY OF MOSTAR

Home UNIGEM: STUDENT ACTIVITIES AT THE UNIVERSITY OF MOSTAR 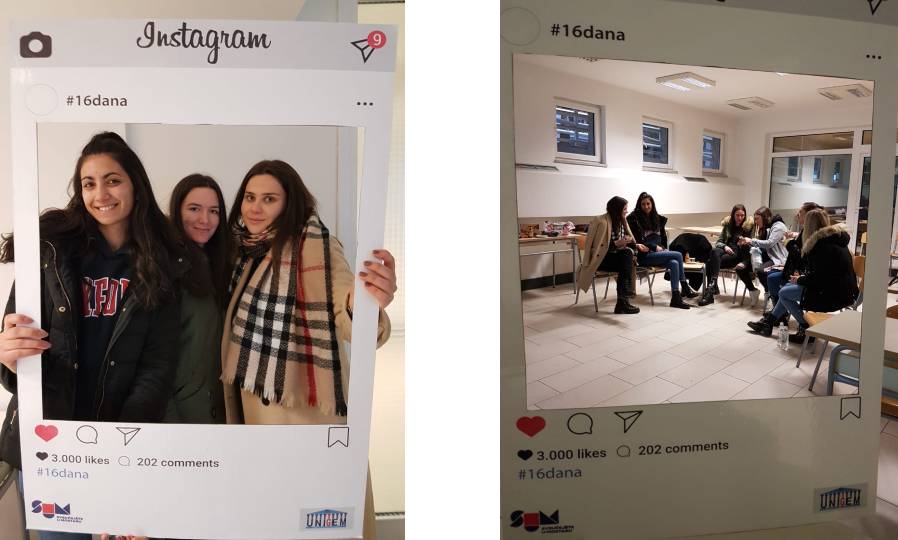 UNIGEM: STUDENT ACTIVITIES AT THE UNIVERSITY OF MOSTAR

Within the project University and gender mainstreaming (UNIGEM), a group of students from the University of Mostar organized a series of activities and thus marked the global campaign “16 days of activism”.

The students realized the following activities:

Activity 1 – design, production and installation of information posters with basic concepts on the Organizational Units of the University.

Activity 2 – screening of the film “I am not an easy man” in the amphitheater “Gabriel Jurkić”, which talks about changing gender roles, followed by a discussion.

Activity 3 – holding a workshop at the Faculty of Philosophy, University of Mostar, and the workshops were led by students of the Study of Psychology.

Activity 5 – releasing balloons on the University campus with the aim of raising awareness about gender-based violence and inequality.

Activity 6 – setting up a photo corner at the entrance to the Faculty of Philosophy where all students were photographed with a message about gender-based violence. The corner was marked with props typically “male” (mustache), typically “female” (red lips) and the pictures pointed out aspects of equality.

Activity 7 – realization of the debate on the topic “How equal are we actually?” In the reading room of the Faculty of Philosophy.