ETOS Initiative: campaign 16 days of activism in the First Bosniak High School Sarajevo – research on gender equality in the city of Sarajevo

Home ETOS Initiative: campaign 16 days of activism in the First Bosniak High School Sarajevo – research on gender equality in the city of Sarajevo 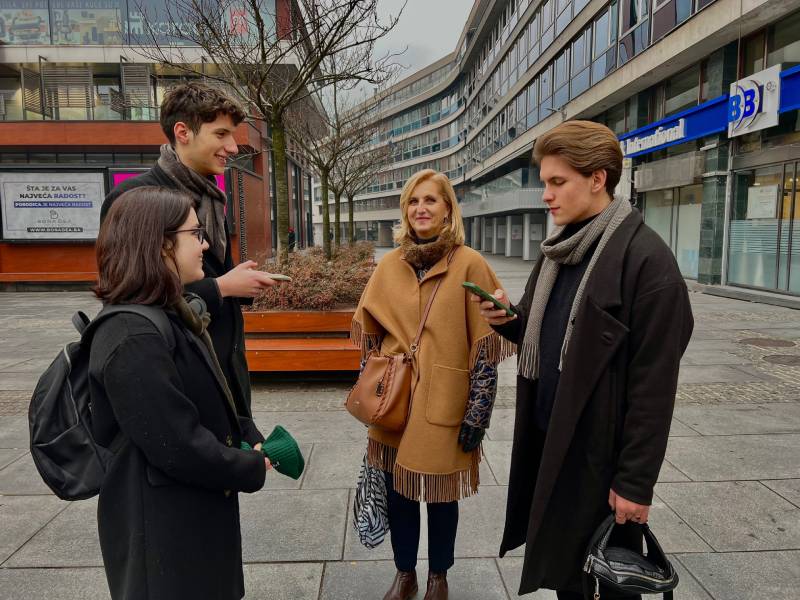 ETOS Initiative: campaign 16 days of activism in the First Bosniak High School Sarajevo – research on gender equality in the city of Sarajevo

Under the coordination of the teacher of the First Bosniak High School in Sarajevo, Remzija Hurić Bećirović, a group of students is conducting research on gender equality in the city of Sarajevo. The first part of the research consisted of online and face-to-face surveys, and the second part of the research will consist of interviewing media outlet workers, employees at faculties and ministries.

On November 25, project members held a meeting on the future course of activities via the Meet platform. At the meeting, after a lot of coordination and options, they fixed the main topics and obligations of the group. They were filtering and compiling questions that will be further used in the survey. The purpose of the survey is to gain insight into the current state of gender equality. Only with the results they get through the survey, they continue the organization and implementation of other activities.

Team members, using the power of voice on social networks, promoted gender equality and the importance of “16 days of activism”. They encouraged their colleagues to do the same. On the same day, certain team members printed out in hard copy the surveys that they would conduct the next day. The rest of the team completed the technical equipment that will be needed in the coming days.

Three members of the team already in the morning hours of November 27, 2022. found on the streets of Sarajevo in the municipalities of Stari Grad and Centar. In the period from 11:00 – 16:00, they surveyed 100 citizens of Sarajevo, of various ages. They conducted discussions on the given topic with citizens and developed awareness of the problem among those who were not so knowledgeable. The promotion of the given topic attracted the attention of many tourists, who also wanted to give their opinion on this, unfortunately prevalent, problem of inequality.

The next day, November 28, 2022. three members of the team continued surveying 100 people in the municipalities of Novo Sarajevo and Novi Grad. Citizens of different ages were surveyed between 10:00 – 15:00. During the survey, they learned that many citizens were not aware of the 16 days of activism campaign, and they were advised that after the survey, they should try to independently influence this topic in any way, starting from their home and beyond.

The team members did not stop at the conducted survey, and decided to conduct an online survey as well. The purpose of the online survey was to involve as many people as possible, with their voice, in the fight against gender inequality. In this way, the experiences of a large number of people were obtained very quickly. The survey was anonymous. In addition, a member of the team contacted certain media houses, faculties, and ministries, so that they could get appointments for interviews as soon as possible. While one member dealt with emails and calls, the rest of the team split up and began to analyze and group the obtained results.