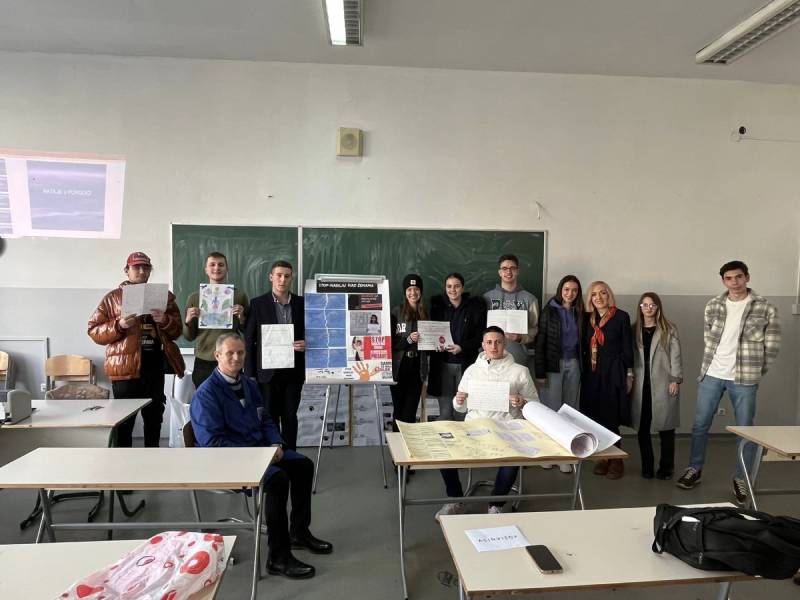 Three activities were held at the High School of Metal Trades in Sarajevo on the occasion of the “16 days of activism against gender-based violence” campaign. The entire process was coordinated by the school professor, Mirsad Cvrk, and other members of the teaching staff joined the campaign: professor Maida Mehić and professor Kenan Seferović.

On December 9, 2022 an exhibition called Inspect and prevent violence against women was held. The final activity was held at the main entrance to the school. The project coordinator with a group of students visited the Children’s House – Grbavica, where the International Conference dedicated to the prevention of violence against women was taking place, with which they wanted to expand knowledge regarding the aforementioned topics.

When they had done everything to prepare the final activity, they went out in front of the entrance to the building, in order to invite all school participants to join the fight against violence against women. The teams were divided into four groups, so that they could make substitutions, and they exchanged posters on the board and thus presented to everyone else who was in the mood for discussion.